Every day consumers receive a lot of news about the healthful (sometimes almost miraculous) qualities of many food products. Rampant journalistic information and nutritional claims of all kinds often end up disorienting consumers when buying foods that can contribute to a real improvement in their health.

Scientifically speaking, it is extremely difficult, if not impossible, to determine whether a food is good or bad in absolute terms. Studies of at least 5-10 years (sometimes even 20), carried out on a significant sample of 40,000 or even 200,000 individuals, are needed Studies like these are long and expensive, but they are necessary to obtain the most precise information possible, as well as the use of the so-called “multivariate analysis”, which allows us to distinguish the intake of each food (bread, pasta, fruit, vegetables, meat, fish etc.) compared to other parameters such as lifestyle (smoking, alcohol, sport …), age or sex.

In the relationship between food and health, the most striking example is maybe the one linked to obesity.

In fact, while having 40-50 kilos of more fat exposes you to a risk of death comparable to that of a smoker, obesity of 10-20 kilos more could be considered insignificant compared to life expectancy. If there is a decrease, this is not due to the “excess weight” as much as to the factors that determine it, such as junk food or sedentary lifestyle.

However, if the same person, despite having 20 kilos of extra fat, gains them by consuming wholemeal products, fruit, vegetables, non-fried fish, etc., he can have an even better than average life expectancy! However, with this type of diet you should not gain weight, if not those “normal” 5-10 kilos in old age.

The discovery of the health-giving qualities of wholemeal products is due to the above study methodology (multivariate analysis in the food field) and not, as many believe, to the virtues of “natural products”. The naturalness of a product does not determine the fact that it is in itself an excellent product. For example, many plants are powerful poisons, while fruit sugar, fructose, is the worst of dietary sugars, as it affects several diseases negatively. It must be said, however, that, overall, fruit turns out to be a good food

So, what can be the contribution of wholemeal products to health? 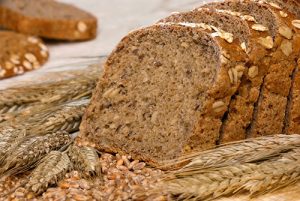 The increase usage of wholemeal products, increases longevity and the risk of contracting almost all western chronic-degenerative diseases such as cancer, heart attack, stroke, diabetes, hypertension etc. decreases. TThis reduction in relative risk is generally 5-25%, and depends on the nature of the disease and the amount of consumption: the greater the latter, the greater the protection.

There is talk of an efficacy not unlike that of many common drug therapies (such as anti-cholesterol or anti-diabetes). For mild-moderate pathologies, the first approach is very often to improve one’s own lifestyle, and only then, in case this is not enough, one switches to the use of medications. In this case, however, the recommendation remains to follow a certain diet, to not smoke and do at least moderate physical activity.

It is interesting to note that, while medications act almost only on a specific disease, which is why many medications are needed depending on the pathology (one for blood pressure, one for diabetes and so on), and they are almost always accompanied by unwanted side effects, wholemeal products, as well as other functional foods, act simultaneously on many diseases! Moreover, they do so without side effects, being simple foods (excluding allergies and intolerances of course).

These considerations show the importance that wholemeal products are currently having on the market, and in particular “true wholemeal”, which is obtained by milling the whole grain (containing both the bran and the germ), rather than a generic reconstituted product, very often lacking in the germ part, which, in order to be used, would require a specific heat treatment such as to increase its shelf-life.

Is it possible to further improve the health benefits of wholemeal products?

The answer is “yes”, as long as the food industry focuses on a new frontier, namely that of products with a low glycemic index and a low glycemic load. A considerable step forward has been made with wholemeal products (compared to refined “white” flours), but research indicates that it is necessary to go further, producing wholemeal flours, which for cultivars and particular heat treatments, present and increase the share of amylose (approximately 20%), and reduce that of amylopectin (about 80%). These percentages should be reversed, and this characteristic is naturally present in pulses. The cereal-pulse combination, for example, not only improves the protein content, but also reduces the glycemic index and glycemic load.

Therefore, an extra boost is needed from Italian and European institutions in promoting the research for wholemeal products as well as low glycemic index and glycemic load products. This activity is currently left almost entirely to the work of a few illuminated companies and their research and development laboratories. 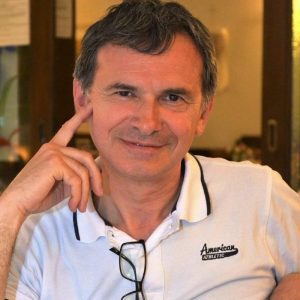 To facilitate access to highly valuable scientific documentation, the website address of the main world medicine database is given here: https://pubmed.ncbi.nlm.nih.gov/. On the search bar, it is sufficient to report the eight numbers of the PMID, to receive the scientific article to which it is univocally referred.